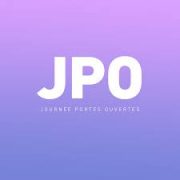 In Vilgenis High School, language teachers may be helped in their job by a language assistant. This year, his name is Rawlings Tinega. For several weeks, students of different classes could be taught by him. It is in this spirit that LLCER Juniors drew a portrait of him, to let Vilgenis community know about our guest.

From Kenya to France, Rawlings is a twenty three years old man who came to France to teach English and improve his French. He chose it because of his love of French culture and French language that he already learnt a little bit. He plans to stay seven months. During this time, he lives at school.

When he was young, he had no idea that, one day, he would want to teach English. First, he wanted to be a doctor but he discovered a fear of blood and the operation on the human body. So he’s finally turned to the study of languages. Watching basketball or football is part of his hobbies.

He doesn’t really know the English classic books, he’s actually not interested in reading, he prefers to watch movies, it’s easier for him to have the images so he doesn’t have to imagine. Currently, he’s watching The Gambit Queen and The Blacklist. He also loves listening to music as RNB as Travis Scott. The French music doesn’t really appeal to him but he already tried to listen some such as Aya Nakamura, Maïtre Gims, Vitaa or Slimane but not really the iconic song of the French variety.

Staying in France has let him discover more about the French culture especially the food. He has not tasted many things but the baguettes and croissant are what he loves best. The snacks, the language or the Parisian fashion culture also fascinate him. Before coming to France, Rawlings had a lot of prejudices about the country -which turned out to be true- as all Parisians are stressed and hurry however he’s not worried about this anymore. Among all those things that he loves in France, he feels out of place because he’s a bit homesick – he misses Kenya. .

Kenya is located in the South West of Africa. There are lots of animals in liberty that are in zoos in France. In his country, the spoken languages are: Swahili, Chinese, English and Spanish. There is a real passion for tradition. According to him, Kenya is more famous for its tea. He especially misses his friends and family but also the culture he is very proud of, his favorite dish: roast meat.

However, Rawlings has learnt  to fit in and to accommodate to France and he now appreciates all of it. He’s very happy to be here and has no regrets;  he found the classes he methe met nice and kind so he’s hoping to meet yours too!